A Rebuilt Nepali Village (Impossible is Nothing) 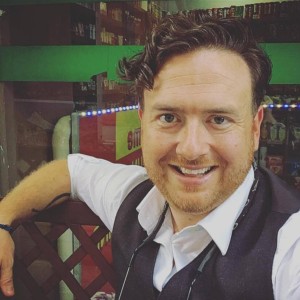 After our intense drive into the Himalayas and the scary nighttime trek, we slept soundly, preached at a local church, and prepared for the next day’s trek that would lead us to a rebuilt Nepali village.

What we didn’t know was that we were about to learn a lesson about faith and what is possible and impossible.

Our next village was a five-hour walk away. There was a shortcut straight down the mountain and straight up the other side, but we opted for the longer scenic route that sent us through many waterfalls but was a much easier climb by comparison (but only by comparison – there were thousand of steps still).

We reached the second village (our base village for most of our work in this area) at dusk.

As I looked at the village, I was overwhelmed with the resilience of the Nepali people. A little over a year and a half ago we were here helping the village relocate after the earthquake. At that time, the entire place was destroyed, a ghost town of numerous piles of stones. Ninety-eight percent of the houses had collapsed into one another, leaving the village of 300 homes unrecognizable. We saw this first hand when we flew in via helicopter to deliver supplies.

I cannot stress how total the destruction was.

Yet, as I stood at the edge of the village, I saw house after house rebuilt. Eight out of ten of the homes have been pieced back together by the same hands, often using the same boards and stones that built them the first time.

Day after day, they have dug stones and wood and wire from the rubble and slowly pieced their lives back together. The little stone walkways were once again clear, and our friends who had relocated before now were living back in the old village again, leaving the homes that were built in the relocated village for others.

One thing I keep learning from the Nepali is that things that look impossible often only seem impossible because we limit ourselves and we limit God in us. I honestly thought it completely impossible to rebuild this village. There is NO way to get machinery on the top of these mountains.

As our friend Kaley often says, “HOW?!”

But they’ve done it. It WAS possible, after all.

The reason I thought it impossible is because I have never seen such a thing done. How often we limit God’s ability in us based on what we have or have not seen done before. At one time, flight was considered folly. Surgery was insanity. Cell phones were once science fiction. Skyscrapers? The internet?

We all have our burdens. This is life.

Darlene and I have our own. We’ve had to forgo many normal things in order to build this ministry. People our age from our home country have much that we don’t because we chose, with joy, to focus on building a ministry to bring people far from God back to Him. I left a good job and turned down at least three other positions that would have delivered the dollars in abundance. We lived on little for a long time. We’ve had debt as a result.

But God is faithful.

He has taken such good care of us. We live such fulfilled lives that many people who appear to be so happy in their possessions come to me and quietly whisper their wishes to live more free in Jesus and their regrets. They long to be free from the stresses. Free from the inability to follow their calling because of the shackles of debt and expectation.

I judge no one, but I have noticed from their stories that the right choice is to put God’s kingdom before you own. God will then add to you in ways you can’t figure out on your own.

Whatever God has called you to, make it the priority, and not some distance deep second pipe dream. Whatever it is.

Believe it is possible.

Is it scary? Yes. For us, jumping on a plane to the other side of the world is easy. It’s the other stuff that could freak us out if we let it (sometimes I do).

We desire to have a family and it has not been easy. We want to get a little cottage and watch kids grow while we continue reaching out to the lost and suffering around the world. We want to adopt. We want to lead a team to reach my magnificent millennial generation with the true Jesus and mobilize them to live free and full in the Great Commission!

These are the things that seem hard to us, and all of these things shall be. Just watch.

Because the first step is believing that God in you and through you can make the impossible possible. If God leads you, He will empower you. We are so much stronger in Him that we think we are.

God made us to be with Him, and being with Him is enough to change the world.

Confidence is trusting how God made you. Faith is trusting that when you run out of your ability, God will intervene. He’s made us in His image, and through Christ, we can do all things; we can handle ANY situation we find ourselves in!

Seeing my friends in Nepal rebuild their destroyed lives on the side of a mountain has inspired me. More than ever, I know that…

…with Jesus impossible is nothing.